ADDIA a project to remember

Diagnosis of Alzheimer's Disease in a single drop of blood: "ADDIA " 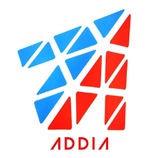 With an ultimate aim to develop and market a fast, reliable and non-invasive peripheral blood diagnostic kit for Alzheimer's Disease (AD), the ADDIA consortium is aiming to perform a clinical validation study.

Validating the performance of the ADDIA biomarkers in relation to the Alzheimer's Disease progression in a multicentre Proof of Performance (PoP) study and registering the ADDIA kit as an "in-vitro diagnostic" (IVD) product for marketing are the two main scientific and commercial objectives of the project.

Amoneta Diagnostics has previously developed a diagnostic kit (ADDIA kit) for Alzheimer’s disease (AD), based on a detection of two complementary blood biomarkers that are scientifically proven to be associated with Alzheimer's Disease and already shown to be highly sensitive and specific for the diagnosis of AD in a small-scale human clinical study.

The detection of these biomarkers is based on the use of specific fluorescent probes, for which Amoneta Diagnostics holds the intellectual property rights.

Currently, no single test exists for the diagnosis of Alzheimer's Disease (AD). A potential AD diagnosis is usually given by a combination of clinical examination, neuropsychological tests and brain imaging over weeks/months. A lumbar puncture can be performed to detect biomarkers in cerebrospinal fluid, which is a risky and invasive procedure and still, a

formal and definitive AD diagnosis can only be given by the autopsy. The ADDIA kit for the diagnosis of AD is designed as a fast, non-invasive and inexpensive test, to be performed in a single blood sample.

Amoneta Diagnostics will validate the ADDIA diagnostic test via a Proof-of-Performance (PoP) clinical study in human subjects including AD patients. At the end of project, a validated and CE-marked IVD biomarker assay will be available and ready for clinical application. This innovative ADDIA biomarker assay will be ready for initial market introduction and further commercialization and implementation.

The project is funded by European Commission Horizon-2020 Research and Innovation Funds (Category PHC-12) and is supported by patient organisation Alzheimer Europe, and several leading European Alzheimer centres that are committed to enrol subjects for the PoP clinical study.

co-funded by the Horizon 2020 Research and Innovation programme

of the European Uninon, under the Grant Agreement No 674474